Every week an indigenous resident of the Amazon rainforest is killed in Brazil. Logging companies harass the indian population because they thwart their illegal logging practices. The pressure on the Indians is likely to increase because of the new ant-logging law that will relax measures to protect the rainforest against deforestation. The Bororo Indians, who have a protected status, have a hard time in their reserve …

The drug war in Mexico is more brutal than ever. Drug cartels that control the North American drug market fight each other to the death. Four years ago, President Felipe Calderón sent in the army to end the drug violence. But that has not been particularly successful. Only in the city of Ciudad Júarez over 3,000 people were killed this year, making it the the most dangerous city in the world.

Anyone who works with the police is not certain to survive. In the valley surrounding Ciudad Juárez, Marisol Valles, a young student in criminology was appointed police chief, because nobody else wanted the job. Only 20-years-old, she became the youngest police chief of Mexico ever and was dubbed the "bravest woman in Mexico". Marjon van Royen went looking for the young police chief in a war zone.

Burning Down the Amazon

Illegal logging continues in Brazil's Amazon rainforest. Cattle takes the place of trees. The meat brings in a lot of money. Over the past decade an area of 23 times the size of the Netherlands has been destroyed. A report by Marjon van Royen and Joseph Carter.

Year after year international organisations condemn Brazil for the inhuman conditions in it’s prisons. For the first time now critics come from within Brazil. The president of the Supreme Court called the prisons a ‘shame’ and a ‘crime against the people’. Half of Brazil's 500.000 prisoners await their process in overcrowded police cells.

In Brazil soccer is bigger than life. How the country prepares itself for the worldcup match agains Holland. 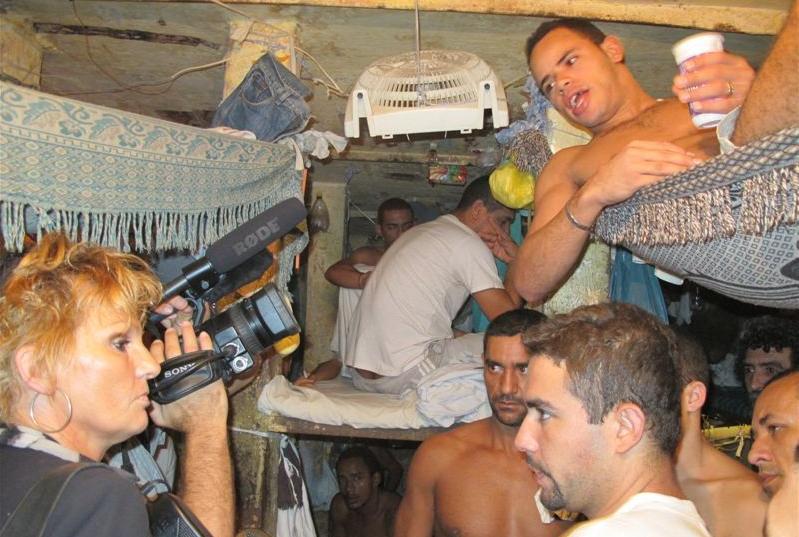